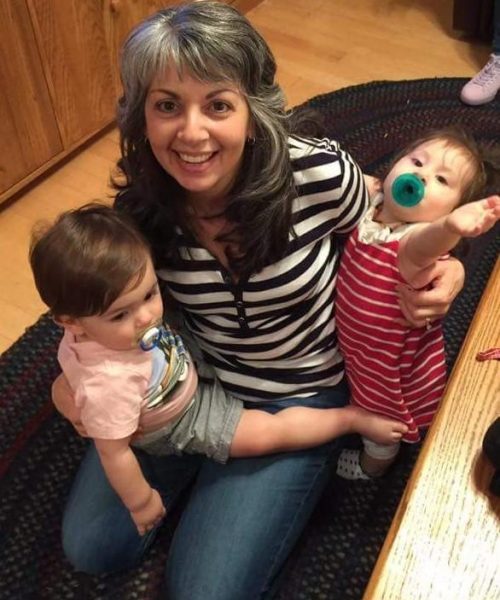 As a mother and grandmother who uses homeopathy to care for the health of my family, I am deeply concerned about the recent Draft Guidance issued by the FDA against homeopathic remedies. Homeopathic remedies are gentle, without side-effects and very affordable. They have been around for hundreds of years and are used throughout the world. The FDA has protected the use of homeopathic remedies in the United States since 1938.  Copeland’s Cure: Homeopathy and the War Between Conventional and Alternative Medicine, by Natalie Robins relates the history of homeopathy in the United States. I read the book because I wanted to better understand why the FDA, which has protected homeopathy for so many years, would now turn against this amazing system of medicine.

Mothers know that siblings will fight. As I read about the history of medicine in the United States in Copeland’s Cure, it became clear to me that the two main systems of medicine were like two siblings that just could not seem to get along.

On the one hand, there was what we would call “Conventional Medicine.” When Royal Copeland was a boy it was referred to as Dominant Medicine. Some referred to it as Allopathic Medicine. In the late 1700’s and early 1800’s, doctors who practiced this form of medicine used practices such as blood-letting, blistering, and amputation. If these methods failed to bring about a cure (and didn’t kill the patient), poisons such as lead, arsenic, or mercury were used to purge the body. Laxatives and substances that induced vomiting and sweating were commonly used. New inventions such as the microscope and x-ray machines would improve surgical procedures, diagnostic abilities, and medications. Still, this was an aggressive system of medicine and everybody knew it.

On the other hand, there was what we might today call “Alternative Medicine.” In Royal Copeland’s day this would have meant homeopathic medicine, although today it has come to include any system of medicine other than conventional. Homeopathy was founded in 1796 by Samuel Hahnemann, a German doctor who was appalled by the harsh approaches to treating illness. Homeopathy was based on two principles. The first principle, “like cures like” states that a substance that causes a symptom in a well person will cure that same symptom in someone who is not well. The second principle states that the substance must be given in the smallest possible dose. Because of its gentleness and lack of side effects, homeopathy grew to be very popular in Europe. By the 1830’s homeopathy had spread like wildfire across America as well.

Can’t We All Just Get Along?

Royal Copeland became a student of both systems of medicine. He chose a field where he could combine the best of homeopathic and dominant medical care. He became a medical doctor who specialized in ophthalmology, surgery, and homeopathy. He understood the strength of conventional medicine in its ability to diagnose, and its heroic surgical procedures. He also appreciated the strength of homeopathic medicine, in its ability to bring gentle pain relief and healing without side effects. He urged both sides to respect the wisdom of the opposite school of thought and considered all doctors to be members of a great family of healers. Copeland would say:

“Those who really practice medicine, who go about daily meeting the sick and suffering, and trying to get them well are really brothers, no matter to what school they accidentally belong.” 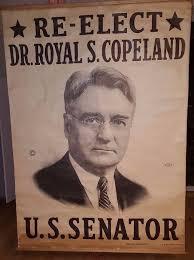 Copeland would go on to have a long and distinguished career. He eventually entered the world of politics and used his influence to further the cause of sound medical practices and safe medicine. He was elected senator of New York and served from 1923 to 1938.

During this time, Senator Copeland helped to author and pass the Federal Food Drug and Cosmetic Act of 1938. This legislation gave authority to the Food and Drug Administration (FDA) to oversee the safety of food, drugs, and cosmetics in the United States. Copeland understood the need for federal safety standards, especially in medicine. He also understood the differences between the pharmaceutical system of medicine and the homeopathic system of medicine. Therefore, the FDCA of 1938 would include two separate guidance documents to oversee the safety of these two very different systems of medicine. The United States Pharmacopeia (USP) would govern the safety of pharmaceutical medicines and the Homeopathic Pharmacopeia of the United States (HPUS) would govern the safety of homeopathic medicines. Because of the FDCA of 1938, both systems of medicine would be protected and regulated by the FDA.

Sadly, the FDA of today seems to be heavily biased toward conventional medicine. Either some in the FDA don’t understand the differences between the two systems of medicine, or they have a stake in the success of conventional medicine, or perhaps both. The purpose of the FDA is to protect consumers and public health. It would be tragic if they were to eliminate an entire system of safe and effective medicine because they happen to prefer the other. You and I are the “consumers” and the “public” that the FDA is supposed to protect. Yet they are not acting in our best interest. This is why Americans for Homeopathy Choice has filed a Citizens Petition with the FDA, asking that the FDA establish an advisory committee made up of homeopathic professionals and users. Such a committee will provide the FDA with sound advice on policy and enforcement in protecting the production of homeopathic remedies, as well as protecting access to them. Please support the Citizen’s Petition and find out how you can help protect homeopathy.

This blog series on Copeland’s Cure is written by Honest Fundraising Chair, Cathi Diaz, who makes Florida her home. As a wife, mother, and grandmother she searched for answers to her family’s numerous allergy issues. Frustrated that conventional medicines caused harmful side effects and herbs and essential oils only offered some relief, she found answers when she discovered homeopathy. She credits homeopathy with doing more to uproot her family’s allergies than anything else she has tried.